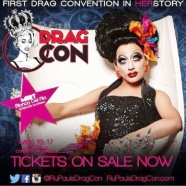 Posted by ErikRaymond on February 22, 2015 in Arts & Entertainment, Upcoming Events | Leave a comment 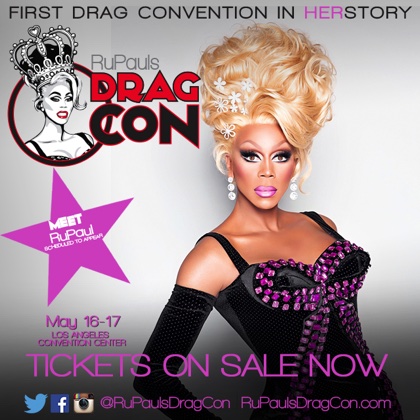 What do you get when you mashup Comic-Con, BeautyCon and Hello Kitty Con? RuPaul’s DragCon, of course. It’s the first ever convention that celebrates “the art of drag, queer culture and self-expression for all.”

RuPaul’s DragCon will kick off the Gay Pride season with a fierce new twist. DragCon creators expect several thousand attendees to experience a glittering weekend with the largest ever gathering of drag queens and gay icons. The convention will feature over 100 vendors and exhibitors, panel discussions, screenings, autographs, and photo opportunities.