Have a laugh Monday, December 9 at The Venue at 8pm. Proceeds from the show will benefit The Barber Fund, a local cancer charity named after Miss Comedy Queen 2009 John Barber aka “Tweeka Weed.” This fun-filled evening will feature performances from Miss Comedy Queen winners & contestants. Cocktail hour at 7pm. Show at 8pm. […] 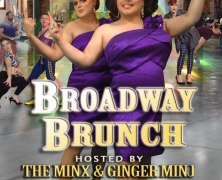 Behind every great drag queen is an equally great and talented man. Joshua Eads-Brown and Philip Cain are the dexterous duo behind Ginger Minj and The Minx. The two currently host the paramount production that is Broadway Brunch every Sunday at Hamburger Mary’s in Orlando.    What began as a modest musical brunch in the […] 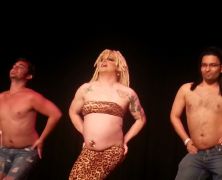 The original drag – queens of comedy turned it out at the Miss Comedy Queen Revue Show! On Wednesday, May 29 at Parliament House, this fundraiser benefited The Barber Fund, a local cancer charity named after Miss Comedy Queen 2009 John Barber aka “Tweeka Weed.” The night  consisted of raucous performances by Ginger Minj, The […]