On September 18, Bright Light Bright Light (the performance alias of Welsh international pop star Rod Thomas) will open the gates to Fun City, his meticulously crafted collection of ’80s-inspired disco-pop that he built as a statement of perseverance during restless times. To be released on his own label YSKWN! (in partnership with Megaforce Records and The Orchard) […] 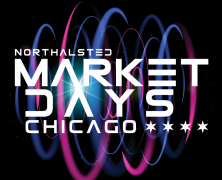