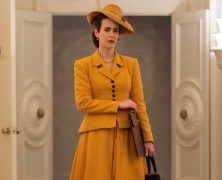 Witness the origin of one of the world’s most iconic characters brought to life by the creator of American Horror Story, Ryan Murphy. We invite you to meet the woman before the monster, Mildred Ratched. The 8 episode series premieres on Netflix on Friday, September 18.   From Ryan Murphy and Ian Brennan, RATCHED is a suspenseful drama […] 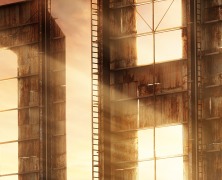 A new limited series from Ryan Murphy and Ian Brennan, Hollywood follows a group of aspiring actors and filmmakers in post-World War II Hollywood as they try to make it in Tinseltown — no matter the cost. Each character offers a unique glimpse behind the gilded curtain of Hollywood’s Golden Age, spotlighting the unfair systems […]

Christina Ricci and Clea DuVall reprise their roles in the Lifetime mini-series The Lizzie Borden Chronicles, which premieres Sunday, April 5 at 10pm ET. The series derives from the successful Lifetime Original Movie Lizzie Borden Took An Ax, which aired in January 2014. This spin-off gives an in-depth fictionalized account of actual events and people […]