Today, Lady Gaga announced that her highly anticipated sixth studio album Chromatica will be released on April 10th via Interscope Records.  The album is executive produced by BloodPop® and Lady Gaga.  Pre-order, pre-add, pre-save on all music platforms now   Pre-order the album here. Chromatica will be available in a variety of physical formats including standard CD, various vinyl colors, and […] 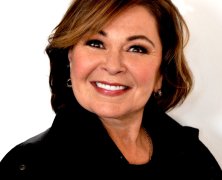 Roseanne Barr brought her “Alive & Kickin’ Tour” to Fort Wayne, Indiana’s Allen County War Memorial Coliseum, Thursday May 16. Admittedly, I half expected Barr to come out on a cannon, akin to Cher’s “If I Could Turn Back Time Video.” Instead, the Emmy and Golden Globe winning actress, author and presidential candidate took the […]