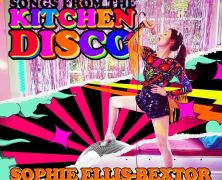 Dancefloor diva Sophie Ellis-Bextor was one those amazing artists who utilized the quarantine to keep her fans – and surely – as well as her family entertained and sane. Every Friday, she took viewers on a magical, silly escape from reality, inviting us into her home, performing live renditions of everything from New Order to […]

Solstice Studios will release a new cut of Mark Wahlberg’s latest film under the new title Joe Bell on February 19, 2021, timed to this year’s delayed awards season. The company acquired the movie at the Toronto International Film Festival in September.  Based on an inspiring true story, the film (which was previously titled Good Joe Bell) stars […] 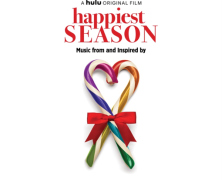 Check Out the ‘Happiest Season’ Original Soundtrack Out Now

Facet Records / Warner Records proudly present the Happiest Season Soundtrack: Music from and inspired by the Hulu Original film, out now. The album is executive produced by GRAMMY® Award-nominated songwriter and Facet Records co-founder Justin Tranter (Selena Gomez, Demi Lovato, Bebe Rexha, The Chicks). In celebration of the queer community, each of the eleven tracks on the album feature LGBTQ+ songwriters or artists. The […]

Meeting your girlfriend’s family for the first time can be tough. Planning to propose at her family’s annual Christmas dinner — until you realize that they don’t even know she’s gay — is even harder. When Abby (Kristen Stewart) learns that Harper (Mackenzie Davis) has kept their relationship a secret from her family, she begins […]

Stalls, the acclaimed short film written and directed by openly gay Brazilian auteur João Dall’stella, is now available to watch for free on YouTube and Vimeo after playing at over 40 LGBTQ+ film festivals worldwide, most recently at Outfest 2020.  Stalls is an exciting depiction of one man’s cruising adventure in the restroom of an opera […]

The long awaited fourth studio album, ‘I Can Feel You Forgetting Me,’ – from Neon Trees is AVAILABLE NOW ON ALL PLATFORMS HERE – via Thrill Forever. With over 750 million streams and preceded by Alternative Radio hit ‘Used to Like’ and followed up by the infectious ‘New Best Friend’ with most recently, the heartbreak anthem ‘Nights’, the album explores […]

Earlier this month, hunky minstrel Tom Goss debuted his latest single and his affinity for the elusive gay nerd. “Nerdy Bears are the cutest bears!,” Goss posted. “Naturally I wrote a song and made a video about it. This video is guaranteed to make you smile.” Check it out!   More info.: Instagram Facebook Twitter […] 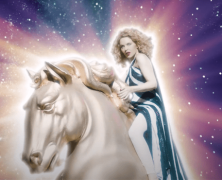 Kylie Minogue unveiled the video for her latest single “Say Something” and it’s everything you hoped it would be! The ‘Aphrodite’ will release her 15th album Disco on November 6th.