On April 13, kick off the 24th Annual International Fringe Festival & get a taste of some of the local performances that will be this year’s festival. Just like in years’ past, there will be a General Audience Preview show that’s safe for little ears and eyes, and then a separate Mature Preview show. Official […]

Following up on the sold out productions of Pillow Talk at Orlando Fringe 2013, Parliament House’s Footlight Theatre and GayDays 2014 and their recent success of Sharknami: The Musical at Orlando Fringe 2014, Unseen Images Theatre of Orlando, FL brings you its summer production of Next Fall. The play by Geoffrey Nauffts is slated for […]

Don’t miss your chance to catch Jeff Jones at this two-night stand-up stint.  Jones is the creative behind the runaway hit shows Little Miss Fringe, Little Miss Parliament House and Hell Freezes Over. His stand-up career has allowed him to share the stage with Alec Mappa, Joel McHale and Joan Rivers. Expect a show with […] 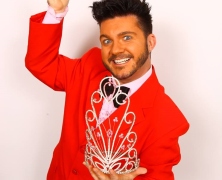 Jeff Jones’s hit production Little Miss Parliament House returns to The Footlight Theatre. The show, which celebrated three previous sold out runs at the Parliament House and a successful run at the 2013 Orlando Fringe Festival, now returns with an updated version just in time for Gay Days 2014. Join a cavalcade of comics for […]

Now in its 23rd year, Orlando International Fringe Festival is an institution, the highlight of the theater year. A defining feature of the Fringe Festival, is all the LGBT acts by local favorites as well as international fare. In fact, Fringe was listed as one of the reasons Advocate voted Orlando one of the gayest […] 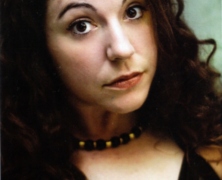 In this month’s Spotlight Cabaret Series at Winter Park Playhouse, follow the world of a single Jewish Diva Mom, pining for the glamour and bright lights of New York City. Janine with a “J” features familiar music with original re-worked lyrics, comedic cabaret hits and classic Broadway songs. This cabaret is for anyone that still […]

Behind every great drag queen is an equally great and talented man. Joshua Eads-Brown and Philip Cain are the dexterous duo behind Ginger Minj and The Minx. The two currently host the paramount production that is Broadway Brunch every Sunday at Hamburger Mary’s in Orlando.    What began as a modest musical brunch in the […] 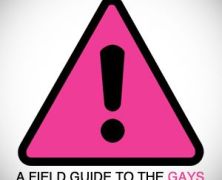 Knowledge is Power: Logan Donahoo Brings His Fringe Hit “A Field Guide To The Gays” to The Footlight Theatre

Biting, Ballsy and illuminative, A Field Guide to the Gays is a true class act. Professor Logan Donahoo offers a class in Gay 101 with a lot of heart and a lot of “T.” Writer and performer Donahoo serves up an interactive history lesson, a vocabulary lesson and even answers questions like, “What’s a […]

Not to be confused with the 1955 film, this stage production of Pillow Talk takes you inside the personal lives of two male friends on a road trip who, after a pit stop, learn more about life – and each other – than they ever imagined. Akin to a sitcom about two gay men visiting […]