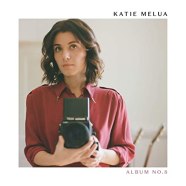 Posted by ErikRaymond on August 13, 2020 in Arts & Entertainment | Leave a comment

The Georgian-British singer took to social media to announce her forthcoming album.

The folk & blues-infused jazz artist debuted the first song on Youtube in June.