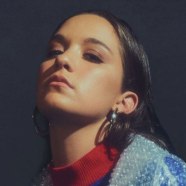 Posted by ErikRaymond on May 30, 2019 in Arts & Entertainment | Leave a comment

Rising Sydney-born dark-pop artist CXLOE reveals her new single “Low Blow” via The Line of Best Fit. Just as captivating as CXLOE’s previous tracks, “Low Blow” brings a refreshing new theme to her music. Rather than focusing on love, CXLOE hones in on the feeling of being blind-sided by the music industry’s ever changing terms; one minute you’re wanted, the next you’re discarded. Her intoxicating vocals flow over as she takes back control with empowering lyrics: “I used to treat you like religion. I’m done with this tradition.”

When describing her new single, CXLOE explains, “‘Low Blow’ was written after a few personal encounters that left me feeling gutted, and unfairly hit below the belt, a tactic Hollywood is very familiar with. Especially in the music industry, you leave yourself vulnerable, and in this instance an easy target. I was left feeling dumbfounded and shocked. I was caught so off guard by this that my emotions made me come across as dramatic and as referred to in the lyrics as ‘psycho’.” She continues, “I channel this in the song and refer to a relationship where it’s one sided and only wanted on their terms. A low blow.”

Maintaining a rush of momentum from critical acclaim, rising streams, and a growing profile, “Low Blow” follows her 2019 debut “I Can’t Have Nice Things” and her 2018 breakthrough “Show You.” Together CXLOE’s previous singles garnered nearly 22 million streams and debuted on a combined 49 New Music Friday playlists. Setting the stage for pop domination, CXLOE’s year has only just begun.

About CXLOE:
Hailing from Sydney’s northern beaches, CXLOE is a breakout artist with experience beyond her years. Wandering between alternative and electronic, her pop sensibility brings these two diverse genres together to create a sound all of her own. The pure musical aesthetic met with complex and dark lyrics brings a true contrast to her artistry. CXLOE’s most recent offering “Show You” premiered on Spotify’s New Music Friday in 21 countries and is currently approaching 6 million streams. Shortly after its release it was added to full rotation on Triple J as well as every commercial radio station in Australia, solidifying CXLOE’s position as a true star on the rise. With the release of “Low Blow” and recent tours opening for both Broods and pop icons Maroon 5, CXLOE’s rise to pop domination has just begun.