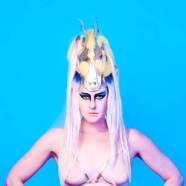 Enter To Win ‘Rub’ From Peaches!

Posted by ErikRaymond on September 30, 2015 in Giveaways | 2 Comments

Peaches releases the new video for “Dick In The Air”. The track is taken from ‘Rub,’ her first album of new material in 6 years, released on September 25th. The album is her most adventurous, audacious musical statement yet. It continues on the bold, sexually progressive path she forged 15 years ago that’s opened the door for countless others to follow. ‘Rub’ was recorded over the course of 2014 in Peaches Los Angeles garage studio collaborating with her longtime friend Vice Cooler and mixed by Dave Pensado. Click to watch the video for “Dick In The Air” which co-stars Margaret Cho.

“After six years, I was excited about my lyrics again, about what Peaches was,” she explains. “I felt more comfortable living out any idea I wanted to try. We spent ten hours a day making beats, and whatever stuck, I would write on and develop. The only agenda was to make the best album we could.”

Oozing with seductive rhythms and bedroom-rattling bass, the record opens with the semi-spoken hook of “Close Up,” delivered with an inimitable and impenetrable cool by Sonic Youth’s Kim Gordon in just one take. Peaches’ old collaborator Feist also returns on album closer “I Mean Something,” singing a hypnotic hook and lending a chillingly beautifully wordless melody. The album also has two breakup songs, the dark and disturbing “Free Drink Ticket” and the insanely catchy pop song “Dumb Fuck,” which find Peaches addressing issues far more personal than political.

Watch Peaches self-directed video for the gorgeous, throbbing “Light In Places” which was written for and stars UK performance artist/aerialist Empress Stah, and her pioneering laser butt plug show.

Peaches 2000 debut ‘The Teaches of Peaches,’ catapulted her into the spotlight, album single “Fuck The Pain Away” appeared everywhere from Sofia Coppola’s ‘Lost In Translation’ and 30 Rock to South Park and HBO’s True Blood.  She followed that album with a series of critically acclaimed releases featuring collaborations from Iggy Pop, Joan Jett, Josh Homme, Beth Ditto and more.

The past six years have been some of the busiest and most productive years in her artistic career. From her one-woman production of ‘Jesus Christ Superstar,’ (renamed Peaches Christ Superstar), to ‘Peaches Does Herself,’ an electro-rock opera which morphed into a film of the same name to singing the title role in a production of Monteverdi’s epic 17th-century opera ‘L’Orfeo’ in Berlin and collaborating with Yoko Ono, Major Lazer, Le Tigre, REM, and more. These last years between albums are documented beautifully in the new book ‘What Else Is In The Teaches Of Peaches,’ published in June via   Akashic Books, a collection of Holger Talinski’s photos from at home and on the road, on-stage and behind-the-scenes. 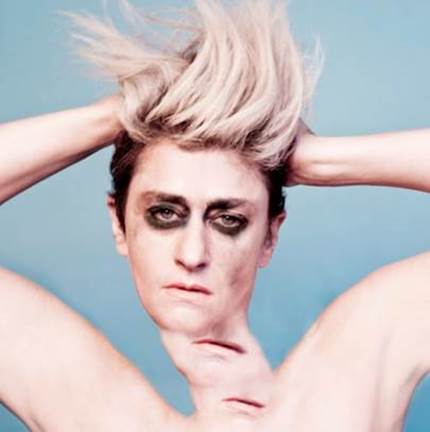 For your chance to win a copy, Comment below with “Teaches of Peaches.” Winners will be chosen at random, Wednesday, Oct. 7, at 6pm ET.