Posted by ErikRaymond on April 20, 2015 in Arts & Entertainment | Leave a comment

Since 2012, eager fans have been waiting for the sequel to the 2003 cult hit Girls Will Be Girls, which stars drag icons Coco Peru, Evie Harris and Varla Jean Simonds. However, the wait might soon be over. Earlier this month, Coco Peru posted a photo to her Facebook page with the Comment, “This is actually a scene from the New Year Girls movie that will hopefully be released this year.” [sic] 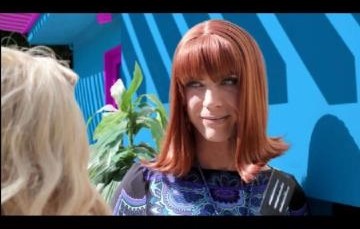 The sequel, which was set to be released in 2012, was funded by a Kickstarter campaign and filmed in 2011. 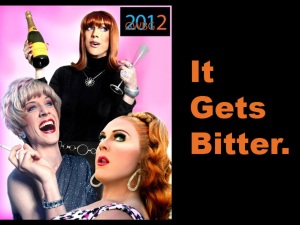 For more than 20 years, Coco Peru has been offering up truth and sarcasm to audiences with her unique brand of wit. Her zany, day-in-the-life YouTube videos, which take you on errands, the hunt for Tension Tamer Tea, Panettone, and even an attempt to play video games, make viewers wish she was the Jewish aunt they never had. The world took notice of the wise-cracking entertainer after she appeared in the films Wigstock: The Movie, To Wong Foo Thanks for Everything, Julie Newmar, and Trick. From there, Peru continued to appear in films and has made a number of guest appearances on TV shows such as Will & Grace and Arrested Development. Peru continues to tour with her Have You Heard? stand-up tour.