Home » Giveaways » Enter to Win ‘What’s Mine’ From Anne Steele! 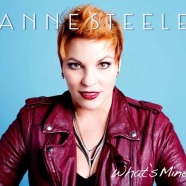 Enter to Win ‘What’s Mine’ From Anne Steele! 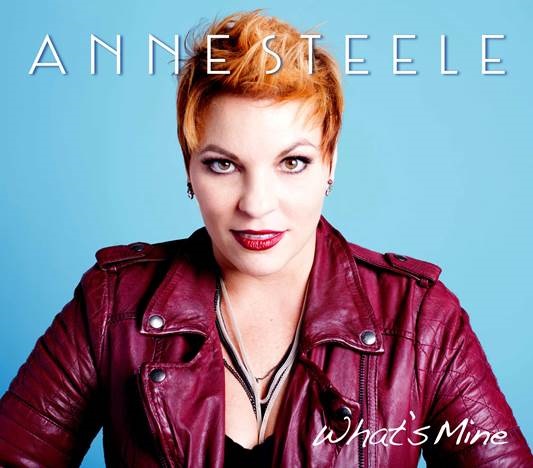 For your chance to win a copy, Comment below with “I’m having the time of my life without you.” Winners will be chosen at random, Monday, April 20 at 6pm ET.

Anne Steele is an award winning Cabaret and live performer from NYC.  She is a three time winner of New York’s prestigious Manhattan Association of Cabaret and Clubs (MAC) Award. In addition to her three MAC awards, Steele is a two time winner of New York’s Bistro and Nightlife Awards, both celebrating excellence in the New York cabaret community. As winner of the Metropolitan Room’s first ever Metro-Star Talent Challenge in the summer of 2008, Steele subsequently unveiled her one woman show, “Strings Attached” at the Metropolitan Room to such acclaim that the initial run was extended and an encore, sold out engagement promptly scheduled which garnered her a feature article and review in the NY Times. She has been fortunate enough to perform in NYC at such famed places as Town Hall, Rose Hall at Lincoln Center, Joe’s Pub at the Public Theater, The Metropolitan Room, BB Kings, Symphony Space, Don’t Tell Mamas, Laurie Beechman Theater, Ars Nova and Brandy’s Piano Bar.

In 2010, PS Classics Recordings produced and distributed Steele’s debut album, Strings Attached, based on her performances at the Metropolitan Room. The CD can be purchased via ITunes and Amazon. She launched her CD with a sold out concert in November 2010 at Joe’s Pub in NYC.

What’s Mine is a thrilling and intimate collection of songs where for the first time Steele utilizes her own words and voice in the songs that she sings. Inspired by the music of Kelly Clarkson, Pink, and Sara Bareilles, she has written and developed a pop EP that includes ranges from dance hits and gay anthems to a thought provoking ballad.

Anne appears several times a year with sold out concerts at Joe’s Pub in NYC and continues to perform regularly across the country at venues such as Davenports in Chicago, Rockwell Table and Stage in LA, The Blue Moon in Rehoboth Beach, The Crown and Anchor in Provincetown, Club Café in Boston, and Martini’s Above Fourth in San Diego. She also appears on the high seas with RSVP Vacations, R Family Vacations and the Broadway Cruise.

Anne Steele will be touring throughout 2015.  Check out the dates below.