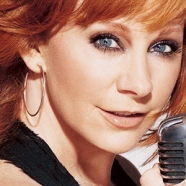 Reba McEntire Returns With a New Album and Appearances in Florida

Then, on April 14, REBA will release her first new music in over four years as the flagship artist on the innovative label Nash Icon Records, a joint venture between Big Machine Label Group and Cumulus. LOVE SOMEBODY is a collection of uplifting and heartfelt music that seamlessly blends songs about strength and empowerment with some intimately personal peeks inside her life.
The songs included on LOVE SOMEBODY are an eclectic group that represents a roller coaster of emotions. From strong-women songs and being-cheated-on songs to relationship-ending songs and hope-fueled songs, lyrics run the gamut of being relatable for everyone.
The beaten-laden first single, “Going Out Like That,” is a powerful hint of what’s to come as Reba makes a bold return. It’s the story of a woman who rebounds heartily after a breakup but instead of wallowing in the mud, she becomes the life of the party, dancing the night away. The message struck a chord with a lot of listeners: the single catapulted to #1 on the iTunes Country Top Songs charts in the U.S. and Canada.
For tour dates and more, visit Reba.com.