Home » Giveaways » Enter to Win ‘Into Colour’ From Rumer! 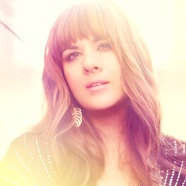 Enter to Win ‘Into Colour’ From Rumer!

Posted by ErikRaymond on February 7, 2015 in Giveaways | 23 Comments

Celebrated UK singer/songwriter Rumer is back with her third release INTO COLOUR, out in the US on February 10, 2015 on Atlantic Records. This is Rumer’s second release of original material, following her million-selling debut SEASONS OF MY SOUL, which won her a Mojo Award, BRIT nominations, and support from the likes of Burt Bacharach, Elton John and Richard Carpenter. Rumer also released the highly praised covers album BOYS DON’T CRY in 2012.

Fans can pre-order INTO COLOUR  at all digital retailers and instantly receive the tracks “Dangerous” and “Reach Out” upon order. In addition, the US version of INTO COLOUR features a bonus track called “Frederick Douglass.”

With the critical and commercial success of her first two releases came stress, and with stress came illness. Publicly struggling Bipolar 2 Disorder, Rumer found herself needing to take a break to regroup and heal. She moved to Laurel Canyon where she rented a trailer that was backed onto the tumbledown villa of an unconventional family of four (as well as their two pot-bellied pigs, a cat, a dog and a snake). There, she reconnected with Rob Shirakbari, musical director to Burt Bacharach and Dionne Warwick. Their partnership, professionally and personally, led to the lush beauty and artistry of INTO COLOUR.

Recorded between Arkansas, New Jersey and London’s legendary RAK Studios, INTO COLOUR features the rhythm section of Daryl Hall’s band (Rumer and Hall met when collaborating on ‘Live from Daryl’s House’), and also includes three co-written songs with songwriter Stephen Bishop. Her silky vocals shine over lyrics of love, loss, spirituality and compassion. INTO COLOUR encapsulates her journey, one that is constantly evolving through her music.

For your chance to win a copy, Comment below with “Reach Out.” Winners will be chosen at random, Friday, Feb. 13th at 12pm ET.