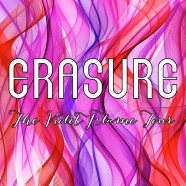 Posted by ErikRaymond on August 22, 2014 in Upcoming Events | Leave a comment 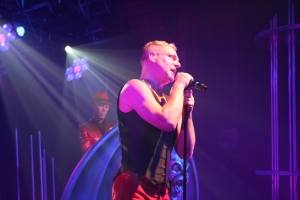 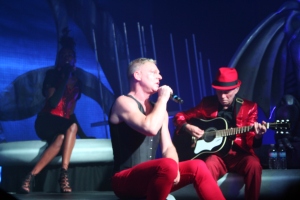 Southern Nights Orlando presents: HOUSE OF BLUES NIGHT OUT featuring Erasure. Formed nearly 30 years ago, the award-winning songwriting duo of Vince Clarke and Andy Bell will bring their Violet Flame Tour to Orlando’s House of Blues and St. Petersburg’s Mahaffey Theatre in September, marking their sixteenth studio album. The duo recently celebrated the release of their first-ever holiday album Snow Globe in 2013. Over the years, they’ve delivered a succession of both influential and chart-topping pop anthems of the ‘80s, ‘90s through to today. Songs like ‘Oh L’amour,’ ‘A Little Respect,’ ‘Sometimes,’ ‘Victim Of Love,’ ‘Blue Savannah,’ ‘Star,’ ‘Chains Of Love,’ ‘Who Needs Love (Like That),’ ‘Love To Hate You,’ ‘Drama!,’ “Always,” and “Breathe,” ensured a formidable presence on the singles charts complemented by chart topping albums (including The Innocents, Chorus, and I Say I Say I Say) and the beginning of the worldwide Abba revival, ‘Abba-esque.’ Pop star Nina will open. Southern Nights in Orlando is the place to be for the Official after-party.