‘THE UNAUTHORIZED SAVED BY THE BELL STORY’ COMES TO LIFETIME

Posted by ErikRaymond on June 23, 2014 in Arts & Entertainment | Leave a comment 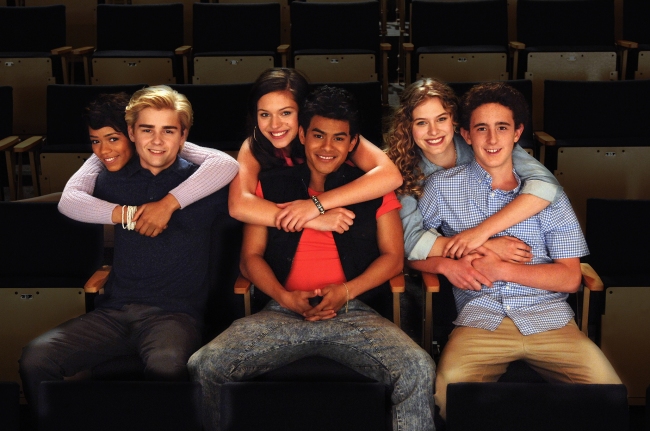 What really went on behind the scenes at Bayside High? On Monday, September 1 at 9pm ET, Lifetime will take an unsanctioned look back at the ‘90s TV show that defined a generation. The Unauthorized Saved by the Bell Story – which none of the original actors had input – delves into the experiences of the six unknown young actors placed into the Hollywood spotlight, exposing the challenges of growing up under public scrutiny while trying to maintain the squeaky clean image of their popular characters both on and off-screen. The film is said to be loosely based on – sex-tape producing – Dustin Diamond’s 2009 tell-all book Behind the Bell in which he recounts all the wild sex and drugs the cast – except for himself, of course – got into off-screen, including a date rape charge NBC allegedly swept under the rug for Mario Lopez.

The movie was cast by the original series’ casting director, Robin Lippin. Dylan Everett is set to play Mark-Paul Gosselaar in the role of mischievous charmer “Zack Morris” Sam Kindseth is Dustin Diamond, the adorkable “Screech,” Julian Works will fill the singlet of Mario Lopez as the hunky jock “A.C. Slater,” Alyssa Lynch plays the role of Tiffani-Amber Thiessen, who played the all-American, girl-next-door cheerleader Kelly Kapowski, Tiera Skovbye takes on the role of Showgirl Elizabeth Berkley and her women’s lib toting, caffeine pill popping, “Bubba” loving “Jessie Spano.” Rounding out the cast is Taylor Russell McKenzie who will portray Lark Voorhies and her on-screen persona, the daddy’s girl who loved to shop “Lisa Turtle.”

Out actress Leanna Creel, who played “Tori Scott” told TMZ she was never contacted. And what about Violet?