Home » Giveaways » Enter to win a “The Other Woman” Prize Pack!

Enter to win a “The Other Woman” Prize Pack!

20th Century Fox presents The Other Woman! The oddest friends are about to get even.
After discovering her boyfriend is married, a woman (Cameron Diaz) tries to get her ruined life back on track. But when she accidentally meets the wife he’s been cheating on (Leslie Mann), she realizes they have much in common, and her sworn enemy becomes her greatest friend. When yet another affair is discovered (Kate Upton), all three women team up to plot mutual revenge on their cheating, lying, three-timing SOB.
Starring Cameron Diaz, Leslie Mann, Nikolaj Coster-Waldau, Kate Upton, Taylor Kinney, Nicki Minaj.
The Other Woman opens in theaters everywhere April 25! 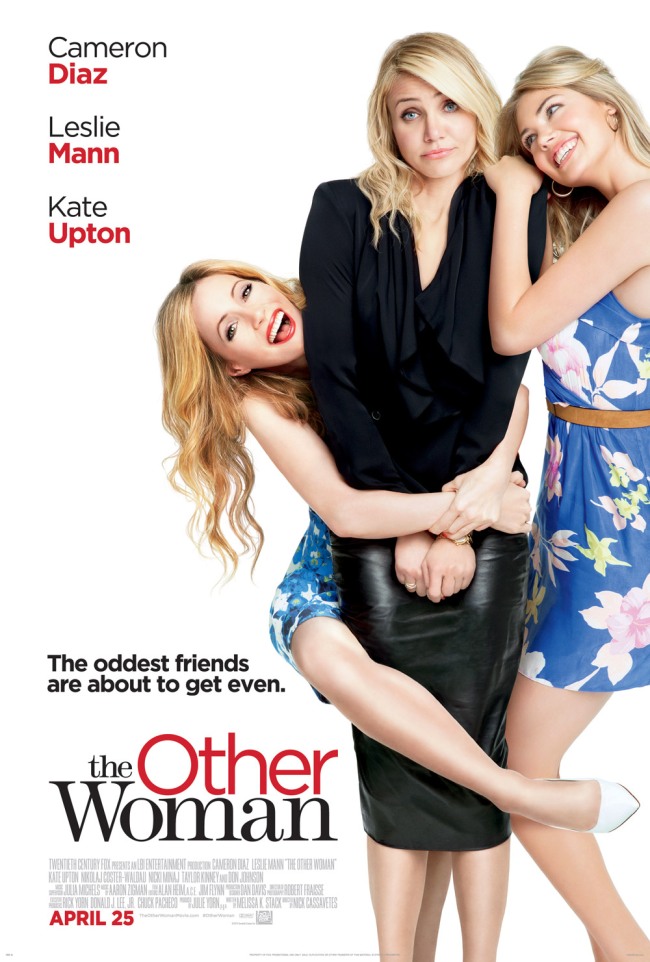 NO PURCHASE NECESSARY
20th Century Fox and their affiliates accept no responsibility or liability in connection with any loss or accident incurred in connection with use of a prize. Prizes cannot be exchanged, transferred or redeemed for cash, in whole or in part. We are not responsible if, for any reason, recipient is unable to use his/her prize in whole or in part. Participating sponsors, their employees, and family members and their agencies are not eligible.  Void where prohibited. Open to legal residents of the U.S., 18 years of age and older.  Winners will be randomly selected.  Odds of winning depend on the number of entries received.
Contest is now closed.