Home » Giveaways » Enter to win ‘Billy’s Back on Broadway’ from Billy Porter! 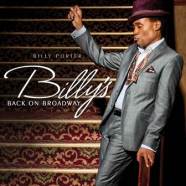 Enter to win ‘Billy’s Back on Broadway’ from Billy Porter! 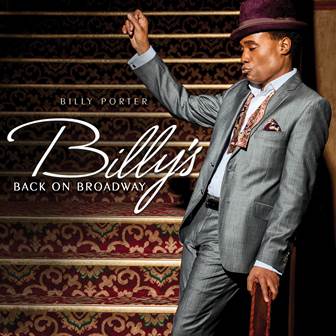 For your chance to win a copy, Comment below with “Billy’s Back!” Winners will be chosen at random, Saturday, April 19th at 12pm ET.

It’s been almost a decade since the Pittsburgh-born Billy Porter released a solo album, and since then much has changed for the award-winning artist, who grew up singing in the Pentecostal church. Perhaps best known for his Tony® Award-winning role as ‘Lola’ in the hit Broadway musical Kinky Boots, Porter’s musical background is based in gospel, soul and R&B. He released his first solo album, Untitled, on A&M Records, and a second album, At The Corner of Broadway + Soul, on Sh-K-Boom Records.

Featuring ten classics made famous on the Great White Way that focus on inspiration, empowerment and hope, the album’s title is a nod to Sammy Davis, Jr.’s recording Sammy’s Back on Broadway. “The canon of great Broadway songs is so vast and I have so many favorites that the only way I could narrow them down was to choose a theme,” Porter says of the songs on Billy’s Back on Broadway. “Once I settled on what I wanted to say and the journey I wanted the listener to take, the songs made their presence known rather quickly.”

While Porter grew up as a gospel singer, he transitioned to theater, making his Broadway debut in the original cast of Miss Saigon. “Seeing Jennifer Holliday from Dreamgirls perform on the Tony® Awards telecast and later discovering Barbra Streisand by listening to her albums at the Carnegie Library in Pittsburgh really changed everything for me,” Porter says of his career path. “When Barbra released her first Broadway album I was about 15 years old, and I thought, ‘One day, I’m going to make my own Broadway album – just like Babs!’”

Cyndi Lauper, the Grammy®, Emmy® & Tony® Award-winning rock icon who penned the score for Kinky Boots, makes a special guest appearance on Billy’s Back on Broadway, dueting with Porter on “Happy Days/Get Happy,” a tune made famous by Streisand and Judy Garland. “I’ve said it before and I’ll say it again. Cyndi is one of the godmothers of individuality,” Porter explains. “She forged a path for so many of us that didn’t fit into the status quo. I learned so much and have felt so inspired by her journey as an artist and human being before I even knew her. She’s a blessing and a gift, and I’m so thrilled she said ‘yes’ when I asked her to sing on this album.”

In January 2014, the Broadway cast recording of Kinky Boots won the Grammy® Award for Best Musical Theater Album. The show, based on the 2005 British movie of the same name, tells the story of a drag queen who helps to rescue a floundering shoe factory. Kinky Boots celebrates its one year on Broadway anniversary in April 2014.

“It’s been unbelievable to be given the opportunity to circle back to the original dream, which for me started way back in the ’80s in Pittsburgh, when I dreamed of one day being a Broadway star,” Porter says. Now the winner of every major theater award, including the 2013 Tony® Award for Best Actor in a Musical, Porter is truly living the dream.