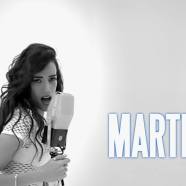 Posted by ErikRaymond on January 1, 2014 in Arts & Entertainment, Upcoming Events | Leave a comment 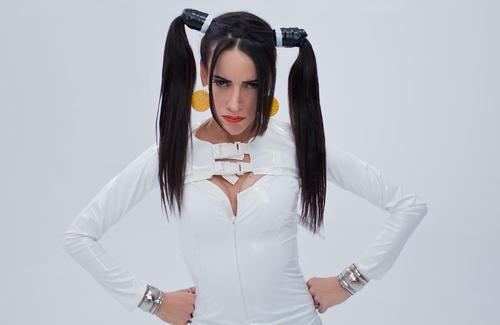 MARTIKA is an American pop singer-songwriter and actress. As a singer she released two internationally successful albums in the late 1980s and early 1990s, selling over four million copies worldwide.

MARTIKA began her career as a child actor, appearing in the hit movie ‘Annie’. MARTIKA was cast as ‘Gloria’ on the Disney children series Kids Incorporated, appearing alongside Stacy Ferguson (Fergie, The Black Eyed Peas), Mario Lopez, Shanice, and others.

MARTIKA’s follow up CD was Co-Produced by Prince and was titled ‘Martika’s Kitchen’. ‘Martika’s Kitchen was a hit overseas and MARTIKA toured Europe, Japan and Australia in support of her growing success. ‘Love…Thy Will Be Done’, co-written by Prince, became a hit and was #1 in Australia for five straight weeks.

Though she made a number of television appearances, MARTIKA started worked as a writer and producer through much of the 90’s.

Missing the stage, MARTIKA formed a duo called ‘OPPERA’ and in 2004, released the CD titled ‘Violince’ and then in 2005, a follow up CD titled ‘Oppera’. MARTIKA toured with Pat Benatar to support the new material.

In 2009, MARTIKA (under the stage name ‘VIDA EDIT‘) began filming an Internet Television Episodic series titled ‘J8DED’. Martika played the character ‘Lola “Lolly” Sanchez. While in post production on this series, MARTIKA decided to begin work on material for what will become her follow up to her Columbia Records CD ‘Martika’s Kitchen’.

44 year old MARTIKA released her most recent album in 2012.