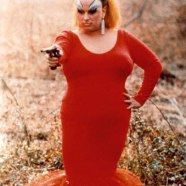 Posted by ErikRaymond on January 1, 2014 in Arts & Entertainment, Upcoming Events | Leave a comment

Enzian Orlando brings a limited engagement of this cutting-edge documentary about the very first midnight movie star, Divine, the cross-dressing, shit-eating, disco-singing, 300-pound sex symbol that obliterated the status quo by redefining just how outrageous, dangerous, and monstrous anyone could be and still be adored by millions. 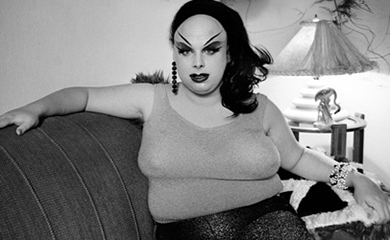 Harris Glenn Milstead was an overweight boy growing up in a mid-‘60s Baltimore suburb. A misfit hairdresser, he was teased at school and desperate for attention, with little hope for fame and fortune. However thanks to a chance encounter with a young man named John Waters, less than a decade later the world would know him by another name: Divine. Called a “cinematic terrorist,” Divine single-handedly spit in the face of everything that was holy in the name of unconditional celluloid anarchy.  Jeffrey Schwarz (Spine Tingler! The William Castle Story, FFF 2008) takes a very personal look into the meteoric rise of Divine, from his days as a high school outcast to his undisputed reign on stages and screens all over the world, and ultimately his tragic death from heart failure at 42. A truly courageous story that is empowering, bawdy, bittersweet, and all-at-once simply divine.