Posted by ErikRaymond on October 15, 2013 in Fire Wire | Leave a comment 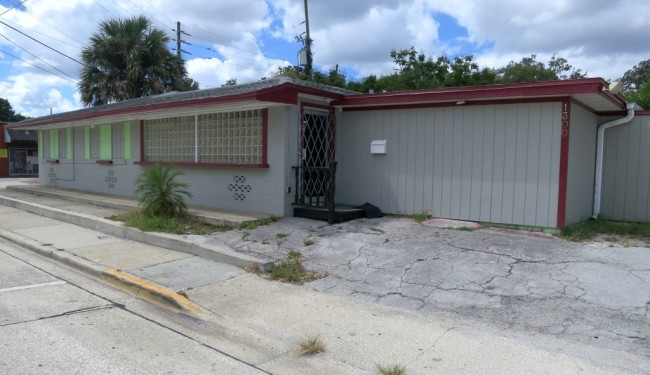 From the locale that gave you an ice cream shop, a swimming pool store, Silver Hammer, Cactus Club, Paradise and Orlando Nights will soon be home to an English pub and beer garden.

The venture was formed by former Savoy bartender Matt Fassl and Patrick Razo, one of the new owners of newly re-opened Savoy. After the short-lived Orlando Nights defaulted, the two incorporated Orlando Beer Gardens, Inc.

Fassl said the idea of a beer garden was broached to the former owners months ago.

“Patrick and I were talking about opening a Euro-type pub and how Orlando needs a beer garden since they are a top 20 thing to do in every other metropolitan city up north and in Europe,” he said.

Amidst some personal set-backs, Fassl said this opportunity came about and he felt he had to jump on it. He said not only does it combine everything he loves; from hospitality to utilizing his degrees in finance and economics as a business owner to using his – as he calls it – “autistic creativity” and art to create a masterpiece visually and psychologically.

“If there is a God, he’s watching over me. I’m channeling all feelings, thoughts and creativity into this place,” he said. “Something good always comes out of something bad.”
The new watering hole boasts a cozy vibe with many different visual aspects and intimate areas. Fassl says his goal is to make it a place for a date or a group of friends to hang out and be able to hear each other talk, while eliminating any cliques.

So, what about his gay following?

“I want everyone to love everyone here and have everyone have a good time,” he explained. “I figure I’m behind the bar, and most of my following is gay, so call it what you want. The only thing I segregate are my meat from my potatoes but even they all end up in the same spot.”

Months of labor intensive work are leading up to the reveal of phase one, which is the tavern. Pictures posted on Fassl’s Facebook have teased that with all the renovations, he is going to be revealing even more than anyone could expect.

“I’ll be damned if I don’t find a Volkswagen Beetle buried in the pool of the dive tank in the old patio.” – Matt Fassl. There are actually three pools buried on the property. Fassl said during digging, he was able to see blue pool tiles.

“With every wall we have ripped down and every cover up on this building, I feel like John Hartman [Hartman and Sons Construction], Brian Leathers, my general contractor, and I have been finding so much potential and uniqueness to the building,” he gushed. “OMG! I almost forgot; fuck those old bathrooms. We spent weeks remodeling the men’s and women’s bathrooms. Everyone that has been here before knows how nasty those things were.”

The plan is to be open completely by late fall in order to capitalize on the opening of the 360 unit luxury Mills Park apartments, only a few block away. Matt’s Tavern is the closest bar within walking distance with liquor.

“I’m sorry for keeping everyone cliffhanging,” he said. “The doors will stay locked and no pictures will be online until opening. It’s something you’ll have to see for yourself! It’s much more than slapping lipstick on a pig. We’re lifting this bitch’s skirt up and letting that thang air out and breathe…exactly what the structure was made for.”

Like Loading...
← Two Marriage Proposals & a Concussion, Part 3: Snap Out of it! Jay Brannan Returns to Orlando’s The Social | Oct. 23 →