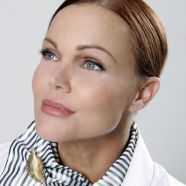 Posted by ErikRaymond on September 29, 2013 in Upcoming Events | Leave a comment

Check out my interview with Belinda Carlisle when she was in town for Gay Days at Parliament House in June. We chatted about her son’s coming out, activism and a possible new album.

As the lead singer of the Go-Go’s, the band at the forefront of the all-girl groups of the early 1980s, Belinda Carlisle belted and danced her way through hits such “Our Lips Are Sealed,” “We’ve Got The Beat,” and “Vacation.” In just three years, she went on to a successful solo career, launched in 1986, yielded the hits “Mad About You” and “Heaven is a Place on Earth.”

In 2010, Carlisle published her New York Times Best Selling autobiography Lips Unsealed, filled with juicy stories about her years as lead singer of the Go-Go’s, her addiction to cocaine and her reaction to her son, James Duke Mason, coming out. In 2011, Carlisle was recognized for her 30-plus singing career with a star on the Hollywood Walk of Fame. 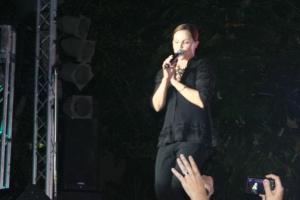 Though stories of her wild youth and struggles with substance abuse have followed her throughout the years, the singer—and her music—have endured. A longtime friend of the LGBT community, she continues to make sure her voice is also heard on LGBT issues.

Prior to her Saturday, June 1 headlining appearance at Parliament House, Carlisle talked with Watermark about her show, her son’s coming out, activism and a possible new album.

WATERMARK: What can fans expect with this performance? Surely, you’ll perform some of your hits, but is there a song you wish you didn’t have to sing ever again?
BELINDA CARLISLE: Well, there’s songs I don’t like as much as others that people want to hear, like “Heaven,” for instance. But when I do it live and see people’s reaction, it makes it all worth it.

Will this be your first time performing in a gay bar?
There was one gay disco called The Odyssey that I loved in L.A. There is another bar in West Hollywood called Trunks that I got thrown out of—[which is] hard to do [there]—for doing drugs in the bathroom. [Laughs]

It’s been six years since your last studio album, Voila. With the new single, “Sun,” is it safe to say, we can expect a new album?
I don’t know… I still haven’t decided. It takes up  a lot of time and it’s a big commitment—recording, touring and promoting.

In a previous interview, you mentioned the Go-Go’s large base of lesbian groupies in the 80′s. Do you think your demographic has changed?
It’s actually more gay than it’s ever been. Thank God!

You’re clearly passionate about gay rights. In 2009 you filmed a public service announcement for marriage equality. Did that have to do with your son’s coming out?
No. I  probably would have done it anyway. But of course,  having a gay son, I’m really in touch with what is going on out there as far as LGBT rights. And I want him and any other gay person to have the same rights as us breeders do.

In your book, you mention your shock when James came out. But you have been around gay people throughout your career. Weren’t there clues?
Well, I had clues that he was. It wasn’t surprising but it was really shocking at the same time. It’s hard to imagine unless one is the mother or father.

Has being the mother of a gay son changed the way you see your gay fans?
No. It hasn’t. I guess that is because I’ve always had more gay and lesbian friends than straight ones. There has always been a big gay presence in my life.

You’ve said that you and your son butt heads about him whether or not all gay people should come out. He says its their responsibility, but you disagree.  Why do you feel that way?
I just think a person has his or her own personal reasons why he or she doesn’t want to come out; and that’s their own business. I don’t think it’s right to infringe upon their rights to do or say what he or she wants. (read more)

Like Loading...
← Enter for your chance to win a “Sean Saves The World” prize pack! Taylor Dayne to Set the Floor on Fire: Dayne Performs at Parliament House October 5 →