Home » Arts & Entertainment » Knowledge is Power: Logan Donahoo Brings His Fringe Hit “A Field Guide To The Gays” to The Footlight Theatre 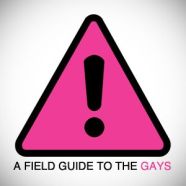 Knowledge is Power: Logan Donahoo Brings His Fringe Hit “A Field Guide To The Gays” to The Footlight Theatre

Posted by ErikRaymond on June 15, 2013 in Arts & Entertainment | Leave a comment 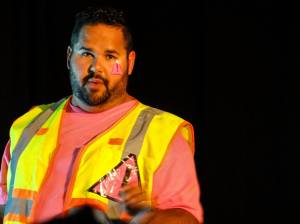 Biting, Ballsy and illuminative, A Field Guide to the Gays is a true class act. Professor Logan Donahoo offers a class in Gay 101 with a lot of heart and a lot of “T.” Writer and performer Donahoo serves up an interactive history lesson, a vocabulary lesson and even answers questions like, “What’s a Disney gay?”, “What’s a glitterbag?”, “How do you twerk?”  and “What does it mean to “clean your kitchen?”

Donahoo’s award-winning Fringe show will be debuting an expanded version at Parliament House’s Footlight Theatre as a double-bill along with Pillow Talk beginning Saturday, June 15.

This one-man show is the latest in a successful acting/writing career for Fringe favorite Donahoo. Among others, he was at the helm of Orlando Fringe’s 2012 hit Cannibal: The Musical.

“It’s a one man, multi-media safari into the gay community,” says Donahoo.

The concept, he says, came after dealing with well-intentioned but ignorant heterosexual friends’ queries into gay life. He sees the audience as his friends hence his execution of the material is funny, flippant yet educational.

“I took all those Q & A’s and turned it into a show,” he explains. “A sort-of ‘Let me explain my people’ set-up. Then, I added the theatrical trope of ‘What if this was a college class?'”

When asked what he hopes audiences take away from his performances, Donahoo replied, “For my straight audiences – besides knowledge, I want them to understand that we have more in common than they think.”

Behind the humor, Field Guide has sincerity at its core. Donahoo hopes to eliminate the taboos, the shame and deliver a common ground.

“People do want to know more about [the LGBT] culture but are afraid to ask,” he says. “But at the end of the day, it’s a comedy, so it’s okay to laugh.”

Besides an arsenal of theatre credits, Donahoo is philanthropist. In 2010, he, along with two others originated the Orlando chapter of The Sisters of Perpetual Indulgence. As Sister Ambrosia Discordia along with his fellow post modern nuns, they are dedicated to the promulgation of omniversal joy and the expiation of stigmatic guilt.

In their whiteface makeup and bejeweled habits, the Sisters are hard to miss—and equally hard to ignore. They have been doing fundraising, charity and service work in the city beautiful for more than four years. In addition to their work with charitable organizations, the mission statement of The Sisters is to fight for queer rights and visibility, do safer sex outreach, bring joy and unity to the community, and strive diligently to keep their sense of humor.

So, what’s next? After this run of Field Guide, Donahoo says he hopes to extend and book the show at other venues in Orlando and potentially take it on the road to other Fringe Festival’s around the globe.