Home » Fire Down Below » Is it Better to Follow Your Heart or Your Head? 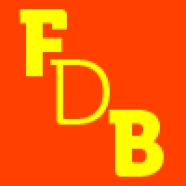 Is it Better to Follow Your Heart or Your Head?

Posted by ErikRaymond on May 18, 2013 in Fire Down Below | Leave a comment

I was halfway through my first year as a Journalism major at Columbia (College, not University) when I realized that being a starving artist was so out this season. I decided I’d better find a job…If not to pay the rent but to support my cigarette, Starbucks & shoe addictions. I headed to the heart of downtown Chicago & began my hunt on State Street.

First stop: The Body Shop. It wasn’t really up my expertise alley, but how hard is it to sell hand lotion? Besides, beggars can’t be choosers. Upon entering, a quirky sales girl rushed up with a sample of the “latest fragrance” & began babbling about Body Butter before I could stop her.

I smiled. “I was actually wondering if I could submit an application?” As the words came out of my mouth, I instantly envisioned myself in a green apron insisting myself upon some desperate, aging housewife, convincing her of the “naturally inspired, wrinkle reducing, exfoliating, texturizing, tea-tree infused face cleanser.” It was a heinous thought. I was brought back to reality when I glanced past the sales girl to see a very ruggedly handsome man behind the counter. It was apparent that he spotted me as he practically jumped over the counter to get over to me. Great, I thought. Another one, referring to my slew of attractive but asshole past suitors.

He rushed over with an application & handed it to me.

“Thanks.” I smiled but tried not to make eye contact.

“Here,” he gestured with excitement. “You can fill that out here,” pointing to the counter. I stood writing while attempting not to be distracted by him burning a hole through me with his eyes. Upon completion, he swiftly took my application & resume. Seemingly charming & witty, he chatted me up. I’m screwed.  The fact that I was even seeing those traits told me that this was bound not to end well. As I was getting ready to leave, he grabbed a business card & began penning something, his number perhaps. When he handed it to me I was faced with… simply his first name: Jim. “If you don’t hear anything in about a week, give me a call,” he said diffidently.  I thanked him genuinely.

Later that night, I sat on my couch contemplating; his business card in my hand. Curses. Why didn’t he put his number on it? I devised a plan to see him again. The next week, I stopped by the store. He was there. Ok, this is it. Do it as rehearsed. As he was assisting a customer, I strolled up behind him. I raised my hand to tap him on the shoulder… and chickened out. I turned to make a beeline for the door.

“Erik,” he chirped. I rebounded with a confident turn & a smile.

“I just thought I’d check in personally regarding my application.”

“Well,” he began. “They haven’t set up any interviews yet.” I couldn’t have cared less.

“No problem, “I stated professionally. “There is one more thing.” I dug in my messenger bag, retrieving his card.

“You forgot to put your number,” I implied, placing the card on the counter. His eyes lit up.

“Oh, really,” he flirted. I smirked attempting to fight off my nervous stomach. He scrambled for a pen & jotted down his digits.

“Much better,” I winked grasping the card. The moment was abruptly ended when a customer walked up to the counter.

“Will this tea-tree oil minimize my black heads?” she inquired. Since Jim was occupied, I backed out of the way. He made a conscious effort to shoot me a smile as I headed out of the store, victory in hand.

Now what to do? I’ve never been good at deciding when to call; the next day, in three days? I figured ‘screw it.’ If he’s as interested as I think he is, it won’t matter. So, I called him as soon as I got home. And it didn’t matter that I had called “too soon.” He was thrilled to hear from me. We conversed for a good hour or so about everything & nothing. In the end, he asked to see me the next night. Woo Hoo!

I met him at work. Not too familiar with downtown yet, I let him lead the way. We walked down State Street to a little sit down Mexican restaurant off the beaten path. As he talked about his family, goals, career & education, I realized I could really fall for this guy.

After dinner, we walked down Michigan Avenue. It was one of those late summer nights; when it’s warm, but there’s a light lake breeze; perfect weather. He guided me down a narrow walkway to a bench. We sat & talked some more. Something about him, the evening, the ambiance; I began being very forthright about my intentions of finding “the one.” I could hear myself going on about building a life & family with someone, the sap that I am – deep down anyway. The whole time I kept hearing myself say, “Stop. You’re totally going to scare this guy off.”

To my surprise, it didn’t faze him. As I poured out my heart, he simply laid down on the bench, putting his head in my lap. It was then I knew this could definitely be something.