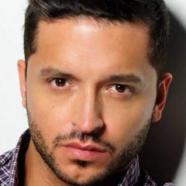 Jai Rodriguez shows off his Pride and Fashion

Posted by ErikRaymond on June 20, 2012 in Arts & Entertainment, Upcoming Events | Leave a comment

Jai Rodriguez, who made a name for himself on the television series Queer Eye For The Straight Guy, is returning to Florida to host the Pride in Fashion event at Macy’s Tyrone Square Mall on Friday, June 29 alongside comedian Alec Mapa. Last summer, Rodriguez headlined the 2011 Summer Shorts Theatre Festival in South Florida. After many years on the Broadway stages of New York and making several guest appearances on popular television shows, Rodriguez now resides in L.A., still acting and singing at various clubs in the area.

St. Pete Pride audiences will be able to get a glimpse of his hosting and performing skills during Pride in Fashion. Rodriguez spoke with us about the upcoming Pride festivities, his return to television and shedding his Queer Eye image.

So, tell us about Pride in Fashion. Are you hosting; performing; working a runway?
[Laughs] I don’t know if I’m going to be allowed to work the runway but I might try. Maybe if there’s any fashion road kill – if anyone falls or trips. I am actually going to do a couple of numbers, probably Top 40.

Recently, St. Petersburg approved a domestic partnership ordinance. What’s your take on where we are with gay rights today?
It’s still a huge concern. Domestic partnerships are not the same thing as marriage. There are many rights we are not allowed with domestic partnerships that straight couples are allowed with marriage. We’ve still got a long way to go. We’re at the precipice of this election and who knows what’s going to happen. Our president said he believes gay couples should be able to get married. While those words are wonderful and empowering and hopefully they’ll inspire change, the real truth is that those are not legal words that will bind us to any contract that allows us to move forward. The first thing I thought when you first mentioned [D.P.R.s], which is going to sound kind of selfish, is, “Oh, my God. How great! I’m going to St. Pete Pride and instead of having all these guys try to hook up with me, they’re going to try and marry me! Oh how nice would it be to be bi-coastal.” [Laughs]

With that, I have to ask, are you dating anyone?
No. I’m very single, so hopefully, I’ll meet a nice Florida guy. Here in L.A. it’s a very different; wonderful but different vibe. Every now and again, when I run into a New Yorker or East Coast-er, there’s just something so nice and warm-hearted about it.

I’m excited to be doing this Macy’s event because I actually shop at Macy’s. I’m not a fashionista. I like simplicity. It’s warm here, so I wear short sleeves, Levis and stuff. I figure when I’m done with the show, I’ll probably just go shopping. I’ll leave some room in my luggage. [Laughs]

What have you been up to since Queer Eye for the Straight Guy?
I did 100 episodes of Queer Eye. I’ve done probably over 100 episodes of television shows since then. What I didn’t realize is that before Queer Eye, I had a great acting career. I was in New York, starring in big Broadway shows, from Rent to plays at Lincoln Center that were critically acclaimed to being on All My Children. Then, Queer Eye came along and it was this happy coincidence.

I think my first big acting gig was about 5 years ago when I guest starred on Nip/Tuck. I was able to get my feet wet on scripted acting. For the past two years, I’ve co-executive produced and created a series for LOGO called Bad Sex. All in all, I’m thankful that I’ve been left with a really great career that I was able to shift what people knew me for, for years and done everything from a transgendered woman on Harry’s Law to working with Coco Peru on Detroit 1-8-7, the law drama. I’m recurring on Days of Our Lives. Recently, I shot a pilot for ABC which is now going to be a series this fall. It’s a sitcom starring Reba McEntire, Lily Tomlin, Sarah Rue and Jai Rodriguez! 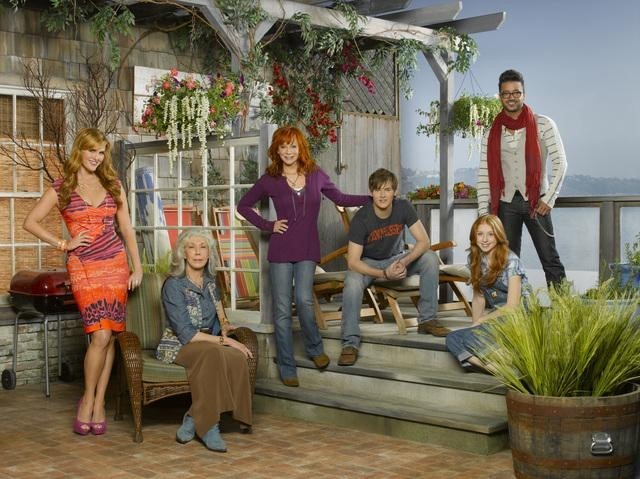 You’ve been a performer since your youth. Since coming out, do you feel you’ve ever been typecast as just being able to play one type of role?
When I first started acting, people said, ”Don’t play a gay part because you’ll get pigeon-holed. You’ll never get to play anything else.” Here’s what I say to that, I severely doubt Meryl Streep goes to bed every night thinking, “Lord, let there come a lesbian role down the pipe line so I can prove to everyone I’m a great actress.” I’m sure she doesn’t. I’m sure she’s content playing heterosexual characters because she, herself is heterosexual. I’m gay. If I want to play gay characters for the rest of my life, I’m ok with that because the kind of roles that are now being written for the LGBTQA community are so complex, so juicy, you’re no longer the cliche. Not to mention, the openly gay actors who are booking straight work, like Jane Lynch and Neil Patrick Harris, are now huge stars.

I think it’s less about your sexual orientation and more about can you actually do the work; can you embody this character?

You mentioned your new ABC series, Malibu Country. Can you tell us anything more about your role?
The show’s about a country singer, played by Reba McEntire, who is married to another country singer, who she’s had a couple kids with. The show opens at a press conference where her husband announces he’s been cheating and that he and his wife are going to be working on their marriage. She ends up breaking up with him and moves cross country with their two kids and grandmother, played by Lily Tomlin. She wants to restart her career in Malibu. It’s edgier than her last show, [Reba.] It’s sort of the new modern family.

There are elements of ”Dorothy” and ”Sophia” [from Golden Girls] between Reba and Lily. She has two kids but then realizes she’s going to have three with her mom. I play the marketing executive at the record label she’s with. Unfortunately, since it’s the [21st Century], we now want the ”cool” people like the Lady Gaga’s and Nicki Minaj’s of the world. So, I’m kind of a total douche bag to her initially but her persistence wins me over and I end up becoming her one ally in the music industry. I’m like the ”Ethel” to her ”Lucy” or ”Jack” to her ”Karen.” It’ll be us getting into lots of trouble together. The role was actually written for an urban, ethnic guy. So, when I walked into the audition, I made the decision to do it as New York City-Puerto-Rican-gay-fabulous.

I pretty much rewrote the lines and it was super funny and I cracked up Reba. I ended up booking it and it was such a nice, validating moment to be picked up by a big network like ABC. It was intense but it was a cool experience and I’m happy to be doing it! It airs Nov. 2 on ABC at 8:30 p.m.

Like Loading...
← Leslie Jordan returns to Florida with the stories he can’t tell mama Mark Brunetz is Ready to ‘Clean House’ at Orlando’s Home Show →