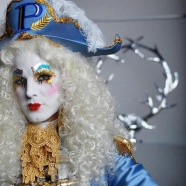 Posted by ErikRaymond on June 22, 2011 in Arts & Entertainment, Upcoming Events | Leave a comment

John Andrew Quale, who is actually quite ruggedly handsome without his kabuki cosmetics, is the creator of the Prince Poppycock character, an ostentatious alter-ego that has allowed him to combine his love of opera with his many other musical favorites. 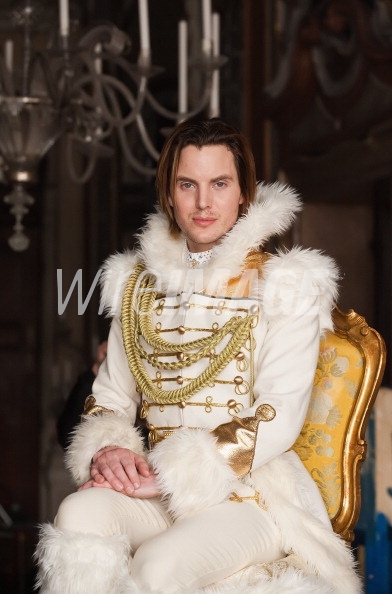 The troubadour has been performing since he was 11, when he sang with the Washington Opera children’s choir at the Kennedy Center, but leapt to fame when he made the finals of America’s Got Talent in 2010.

He will return to Florida on Saturday, July 2, for a concert at the Parliament House in Orlando.

From his home in Los Angeles, Quale talked with us about gay rights, French philosophy and the extraordinary world of Prince Poppycock.

Last year, you performed in Tampa for the America’s Got Talent tour.  What can we expect this time around?
I love Florida and I’m very much looking forward to returning. I’m excited to revisit my ”America” number in honor of the 4th of July, which lands very close to my performance. I can’t wait to don that sparkly blue top hat again!

One of your more memorable performances on America’s Got Talent featured your passion for civil rights. Are you still as passionate today?
I have been working with the organization Rise Up and Shout since 2006 and I recently was Master of Ceremonies for their last concert here in Los Angeles in May. I was honored to be asked by Perez Hilton to create an ‘It Gets Better’ video this last fall when the epidemic of teen suicides was brought to our national attention. I also had the opportunity (thanks to TV host Jerry Springer) to give a speech to teens considering suicide in every city across America during the AGT tour.

I care passionately about LGBT issues, especially teen mental health and marriage equality, and will do my best to contribute in any way I can to the cause.

Back in 2009, you produced your first solo album. Are there plans for another?
My first album Worldview, as John Quale, was a self-produced labor of love. I am currently self-producing for John Quale, as well as collaborating on the debut Prince Poppycock album.

The lead single, “My Favorite Song to Dance To,” is a dance extravaganza Poppycock-style! I have also been writing several songs by myself. I know that I only have one chance at a debut and I want it to be perfect, so I am taking my time.

Any other projects on the horizon?
My manager and agent are working very hard at putting together a theatrical extravaganza entitled Prince Poppycock: His Royal Nonsense – a short history of royalty which will take the audience around the world and throughout history in song and dance. From Egypt to America, we will see that Poppycock has always been with us in many guises. The story will also show that royalty is not something to be worshiped but something to be cultivated within oneself.

Prince Poppycock has been described as ”the male Lady Gaga” but what is your ultimate vision for your career as a performer?
Ultimately, I would love to fully realize the world that lives inside my mind. Given the opportunity, I have an epic rock opera waiting to come alive. It’s somewhere between Pee Wee’s Big Adventure, Terry Gilliam’s Brazil, Baron Munchausen, and Hedwig and the Angry Inch. I would love to show people that Poppycock is not simply a Marie Antoinette and Louis XIV reference but a full-fledged fantastical world!

Where did the name ”Prince Poppycock” come from?
I was very taken by the philosophy of the French existentialists in my early 20s, especially “The Myth of Sisyphus” by Albert Camus.  [In it,] he discusses the absurd nature of life as the main problem that we, as humans, face in life. As a result, I embraced absurdity and came to the realization that instead of bemoaning our fate, the only logical conclusion was to celebrate and enjoy the nonsensical nature of reality.

In 2005, I was seriously considering starting a nightclub called Poppycock. As fate would have it, a friend asked me to perform at her club. I performed ”Largo al Factotum” as John Quale dressed as a baroque dandy. Unexpectedly, it was a runaway hit. I was then asked to repeat the performance at clubs and venues all over town and began performing under the name ”Prince Poppycock.” The rest is history.

You were bullied and school and eventually dropped out earning your GED later. What words of wisdom would you give someone who is being bullied?
While high school wasn’t right for me, I continued on to college and got my BA. A thirst for learning is a life-long pursuit and an important trait for everyone to cultivate!

Life in and of itself is an absolute miracle. It is and will always be the greatest, most magical thing you will ever experience. Think about the infinite possibility of lives that could have come into existence that will never get a chance to be. That’s pretty mind-boggling to me. It’s fairly humbling and it makes me grateful for every moment and every breath of my life.