Posted by ErikRaymond on April 15, 2011 in Arts & Entertainment | Leave a comment

Logo is turning the dating world on its head this spring with the help of some professional ”wingmen” and ”wingwomen” on its new series, Setup Squad.

One of those ”wingmen” is Jonathan D. Lovitz, who Florida LGBTs will recognize from his appearances in productions at American Stage in St. Petersburg and as this year’s Come Out With Pride grand marshal. 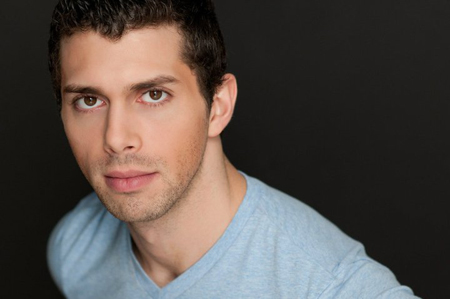 Has dating really come to this? Yep! Where meeting and courting someone in-person has all but been superseded by a digital society, the Setup Squad offers a gay/straight, female/male refresher course on the ways to communicate, connect and ”the art of the pickup.”

The actor and model made headlines recently when he was dismissed from jury duty for voicing his disdain for being treated like a ”second class citizen.”

Other cast members include Renee, the fashionista, a self-professed dating expert and the no-nonsense boss and owner of Wings, Inc.; Meredith, a lesbian real-estate agent-by-day who helps clients …”seal the deal” with her persistence and compassion; Lauretta, a married, vivacious ”queen bee” and Renee’s right-hand woman in the business; and Helen, a single, straight comedienne and new recruit to Wings, Inc., who believes humor is the best icebreaker to love at first sight.

Lovitz is the Southern gentleman who relies on his charm to help seal the deal. The handsome Florida native shared his thoughts on his new career on reality television, his upcoming gig as grand marshal and his recent headline-making experience as an outspoken juror.

ERIK RAYMOND: Will this be your first time as a Grand Marshal?
JONATHAN D. LOVITZ: Yes. I’m very excited! I always said if I gained any notoriety from the ”jury duty” thing, I wanted to continue to be vocal, proactive and make a difference. Growing up in Coral Springs, Fla., I think it’s great that you’re able to be out and proud in Orlando. A lot of people don’t truly appreciate that ability. My boyfriend, for example, is from Lincoln, Neb., and had a very different upbringing.

Speaking of growing up in Coral Springs, that’s where you began your acting career and spent quite a bit of time performing at the American Stage Theatre Company. How was the transition from stage to television?
Smooth. I still act and model during the day but get to moonlight as a match-maker at night.

How did you become a professional ”wingman?”
Well, I think years of my own experiences of the good, bad and very ugly of dating helped. With my acting background, I’m able to be very open and outgoing. It’s a great combination to help others. And I’m not helping just gay men but straight women as well. So, in a way, I’m teaching myself not be limited.

What seems to be the primary reason clients come to Wings, Inc.?
People taking themselves or dating too seriously. Dating should be as simple as going out with a friend. No pressure; just hanging out. Then, if you’re fortunate enough, you’re best friend could turn into more.

It seems as though most of the feedback from your jury duty dismissal was positive. Has there been any backlash?
I remember someone asking, ”Is jury duty the right place to be voicing your personal opinions?” My response was, ”Can you tell me a place where it’s wrong to talk about equality?” The point is, it’s gotten people talking. I don’t care what you say about me, just as long as you’re talking. My goal is that dialogue leads to change.

You’re clearly passionate about non-profit organizations and charities. What are some of your favorite organizations you’ve worked with?
Broadway Cares combines entertainment and equality to fight AIDS. UCP [United Cerebral Palsy], which educates, advocates and provides support for those living with cerebral palsy. And I’ll be speaking at a Broadway Impact event for marriage rights.

If you hadn’t become an actor, what career do you think you would have chosen?
An astronaut or a teacher. I used to go to space camp in Cape Canaveral every summer as a kid. Eventually, I would still like to become a college professor, maybe once I’m done acting.

You’ve been with your boyfriend almost three years. What is the best relationship advice you’ve gotten and who was it from?
My boyfriend always says, ”One day at a time.”

More Info:
WHAT: Setup Squad
WHERE: Logo
WHEN: Mondays, 9 p.m.

Like Loading...
← James Van Der Beek brings his delectable Dawson-ness to Logo Kylie Minogue returns to the US with an epic tour →